We are a small team of professional tour guides in Paris who enjoys helping visitors get the most of their time in Paris, by providing the best guided tours in Paris.


If you contact us for questions or booking, we will make sure we answer you thoroughly within few hours to meet your needs. 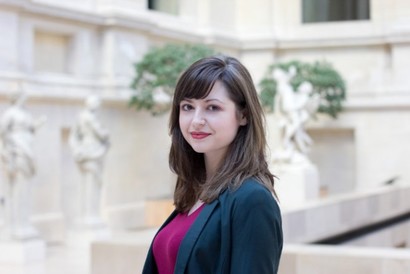 Emma is originally from Ireland, moved to Paris more than 10 years ago and, although work and studies have taken her away from that city for brief stints, she is always drawn back. She holds qualifications in Art History from University College Dublin and La Sorbonne. Her masters research focused on how Egyptian themes were used as propaganda in the public art of Napoleonic Paris. Emma has a passion for storytelling and so stories are central to the way she talks about history. One thing her research highlighted is that art, architecture and historical events don’t happen in a vacuum and it is only when you start looking at them in context that they really come to life. She has worked as an educator and researcher at various cultural organisations and museums in France, Ireland and the UK - including the Louvre, Orleans House Gallery and the Arts Service of the London Borough of Richmond upon Thames, where she managed a dynamic team of educators and designed educational programs for a wide range of age groups and backgrounds. She currently lectures in Museum Studies at the Sorbonne Nouvelle. 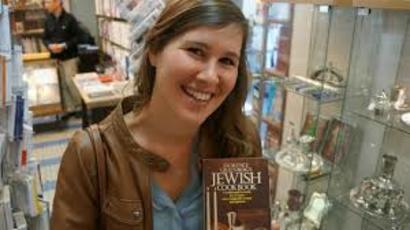 I am Flora Goldenberg, Tour Guide specialized in the Jewish Walking Tours in Paris. I am Licensed by the state, after studying History and Art at the Sorbonne University for 5 years, that’s why I tour in all museums and monuments of my city like the Louvre, Versailles, Orsay. I am born and raised in Paris, in le Marais. The Jewish Quarter of Paris has always been my Home: I am the granddaughter of Joe Goldenberg, owner of a famous restaurant in le Marais : Rue des Rosiers “Pletzl”. My mother is a tour guide in Paris as well, she inspired me in my Jewish tours. We designed together the Original Jewish Walking Tour of our beautiful neighborhood. 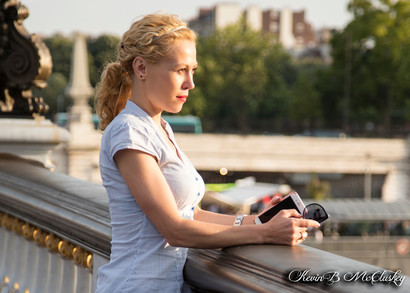 Juliana is a Versailles Expert . Born in an orthodox christian family, she started learning about the french history at an early age. She obtained her license after 5 years of studies in the prestigious Sorbonnes University. She is highly qualified, talented and experienced . She guides in the Louvre and the Versailles Palace and in Paris quarters, but lately she is designing original tours for her visitors. Iuliana Mastered the jewish tour and started touring in the late 2018, and we have great reviews of her on our trip advisor’s page that you can see. She is impressive. Iuliana is a mother of a 4 year old daughter and she is a passionate tour guide. Sometimes visitors ask her to bring her daughter on the tours during summer to share beautiful moments with the children. Iuliana is very friendly and open minded. She is very knowledgeable of Paris, you can ask her for help and recommendation ! 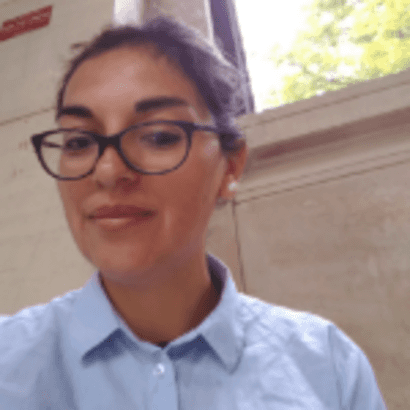 Originally from Chile, Cinthia started working as a guide during her university years She is a fully certified tour guide in three languages, English, Spanish and French. Today she offers you the chance to walk with me to discover the most breathtaking and romantic city, Paris, as well as its surroundings. As she has a Masters in History and Art, we invite you to learn a little bit more about Paris history, culture, traditions and artistic life and to explore those places that only Professional Tour guides might know. She has the mission to transmit to you her knowledge, her love for this moveable feast that we call Paris! Cinthia and I have a very good experience with jewish tours of Paris. We love working together. 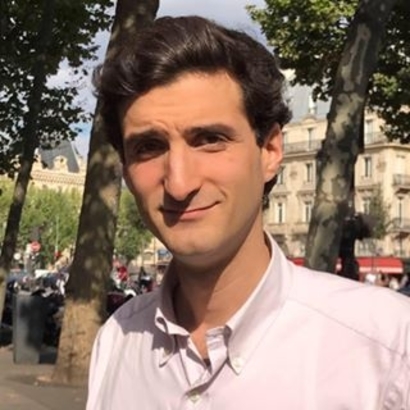 Benjamin is one of the rare Parisians who was actually born and raised in Paris. He studied management and economics at Dauphine University and graduated from the Sorbonne University. He also graduated in Jewish Studies at l’Alliance Israélite Universelle in Paris and at Paideia the European Institute for Jewish Studies in Stockholm, Sweden. Benjamin has been working as a tour guide for 7 years in Paris and specifically at the Shoah Memorial of Paris. He is also working as an expert in Judaica for an art auction in Paris. Benjamin had the opportunity to work abroad in several countries including The United-Kingdom, Belgium, India and Sweden but according to him Paris is a Musical Paradise and he really likes sharing his passion and love for his city with others. Benjamin is a very friendly tour guide, he is a very interesting person, he plays musician role in famous movies, he is into Music, History, Russian Jewish Antics, Jewish Art, Judaica and … the french army !

Fluent in English, French and Hebrew ( & a bit of Yiddish ) ... Eden is an amazing tour guide in Paris, specialized in the Jewish tour in Le Marais. He is a translator and a Hebrew teacher in Paris. He learned to speak a little Yiddish and German. He plays Klezmer Music, in Parisian bars and Coffee shops, he mastered the clarinet instrument. Born in Israel, in a Kibboutz in the Neguev, until the age of 8 surrounded by the warmth of the collective life, before he moved to Kfar-Saba, a city not far from Tel-Aviv. Eden’s passion began when he studied philosophy in Jerusalem, seeing everyday from the window of the classroom : the amazing Old City, a labyrinth of history, religion and culture. Knowing that every monument, every church or synagogue have their own history, he quickly started learning about these fantastic and mystical places. The growing interest for Jewish history came him after he moved to Paris where he got to know and work with the Jewish community in this beautiful city, starting in the Shoah Memorial as an official tour guide. After living a few years in Paris, he started realizing that the Judaism of today is inextricably related to its diasporic existence and heritage. and the Jewish heritage of Paris is one of the richest and most diverse